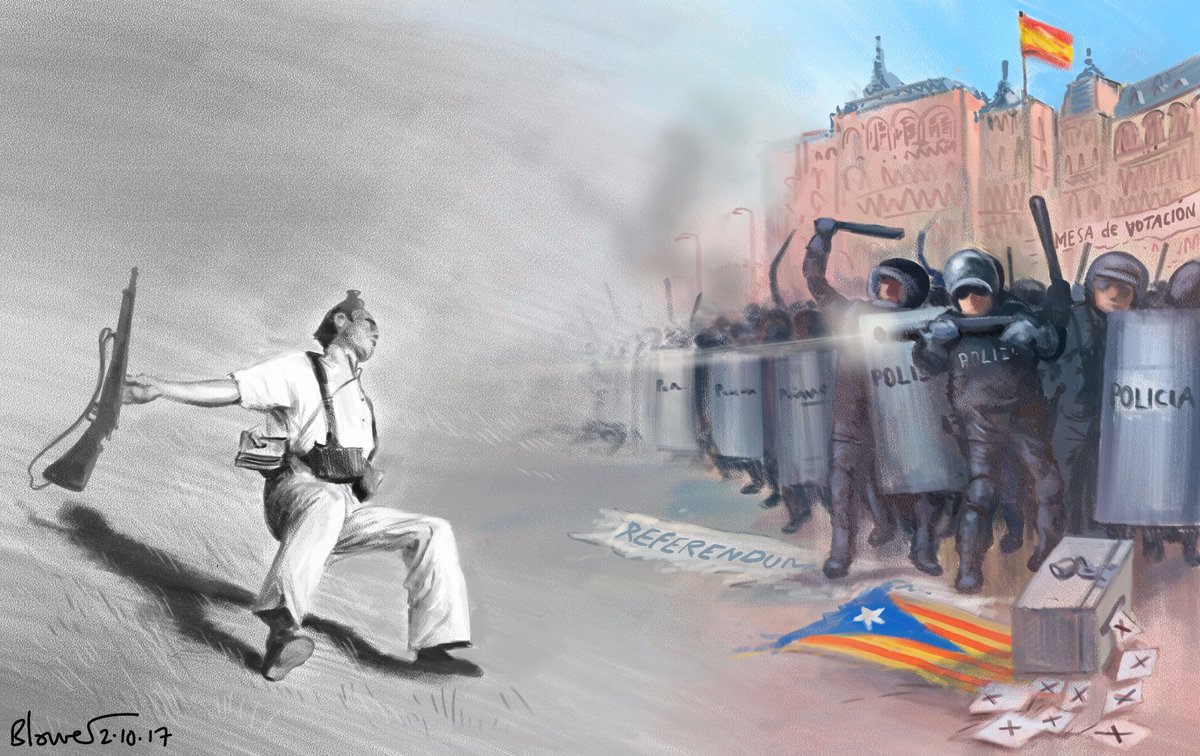 I was thinking hard whether or not to write about this. I don’t get into politics if I can help it, but the feeling I have while living in Spain is something no one should experience.

Spain as a nation does not want the Catalan people. They never have. It’s strange because they say they want us, they clearly want our money, but they keep fighting us. It seems Catalonia is that black sheep on the north. A sheep you milk for its money but hate and insult at the same time. A love hate relationship. I have to say, not everybody in Spain feels like this but sadly the majority does.

Whenever I travelled I used to say I’m spanish without any thought. I would say that I’m from Spain, specifically from Barcelona. I would never say I’m catalan not spanish. First because most people would not know where is Catalonia and also because my past year travels have been as a member of the spanish Haidong Gumdo team.

Now things have changed. More than ever I do not feel spanish. Ok, I never really felt spanish but I don’t hate spanish people. Even though they hate me. I believe people should be able to choose where to live and if a nation such as Catalonia does not feel welcome in Spain, why can’t we leave? Because the constitution says we can’t? What if the constitution is out of date and should be amended?

When the king and the prime minister go on TV saying Catalonia is wanted in Spain it’s a little hard to believe based on the events of October 1st. How can you say that after you’ve send national police force to charge against old men and women? Pacific people who were just standing outside voting schools. Spain fought with police charges to prevent people from putting a paper in a plastic box.

It doesn’t make sense for them to say there wasn’t a referendum. If there wasn’t why did you send 8000 police officers to prevent the referendum? A referendum that according to Spain did not happen.

I’m hurt. I’m hurt by a country who do not respect its people. I’m hurt to see Europe do nothing in this matter, saying it’s an internal discussion we should solve ourselves. I’m hurt to watch people chant in favor of the national police leaving for Catalonia saying things like go get them!.

Spain deserves to lose Catalonia for good, Spain deserve to lose everything we give them.