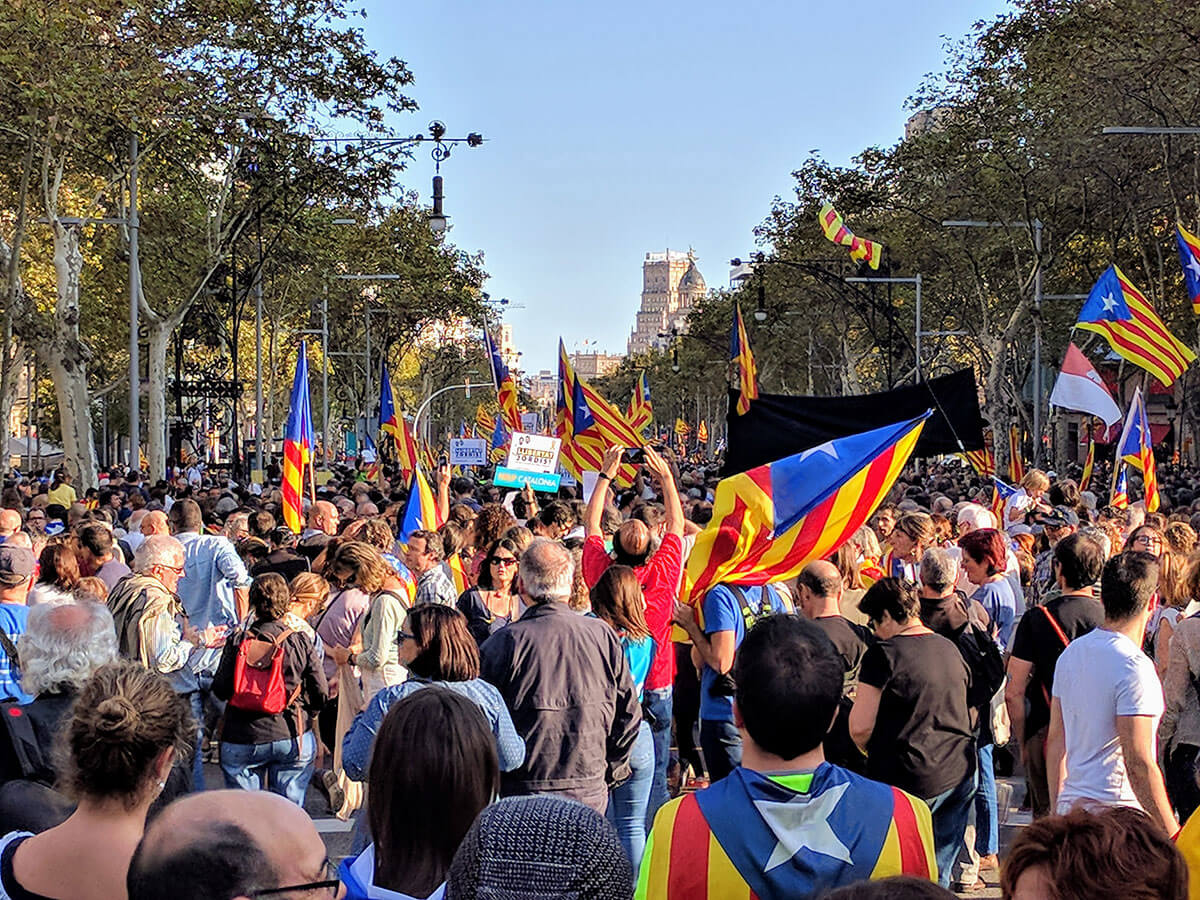 Today the catalan parliament has declared the independence of Catalonia. Something that, truth be told, a few months ago I couldn’t even think of happening so soon.

Right now helicopters fly above Barcelona, the state police are being deployed and hundreds of people are on the street, both in favor and against the independence.

The answer from Spain’s president has been to dissolve our catalan parliament and announce elections for December. But I wonder… to what end? What does he think he’ll get in this elections? Clearly, another pro-independence party will be elected and we’ll be back to square one.

Will the catalan diplomats stand their ground and defy the central government once again? I surely hope so. These acts of fascism and oppression shall be fought back (peacefully).

The central government has issued orders to take control over the local police and the TV stations. It’s disgusting to see people not recognizing what this means, what this is. It’s an abuse of power that brings back what happened with Spain’s last dictatorship.

Of course, Europe has replied with the same argument we’ve heard for weeks now. It’s an internal affair and Spain should work it out on their own. Nobody, except for Finland is trying to recognize Catalonia’s independence but then again… nobody ever recognized an independent nation at first, it took time. History tells us. It will take time I believe.

I feel truly sad to read the online comments from people living outside of Catalonia, against Catalonia. Please, I beg you, leave us alone. Let us be free, stop oppressing us. Let us decide our own future, let the people chose, be truly democratic.

What will happen tomorrow? We’ll have to wait and see, let’s just hope it’s a peaceful outcome and not one ending with tanks in the streets.