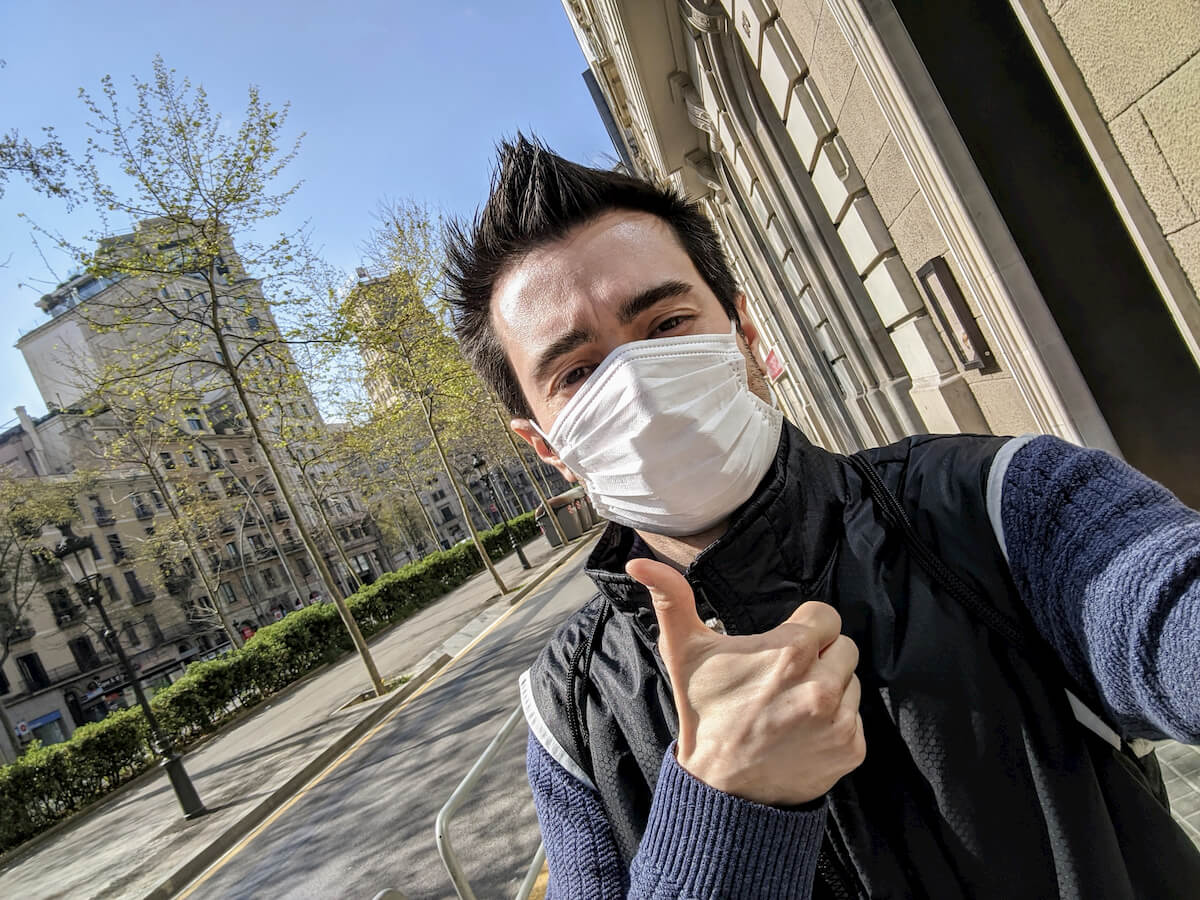 A full week has passed since we started confinement at home, how much more is left is unknown. Spain has more than 18,000 cases as of today and you don’t see the new cases curve plateauing any time soon 🙁

We’ve only left home to go to the supermarket, the pharmacy, to throw out the garbage or to buy bread. Supermarkets have established strict security measures like not allowing more than X number of people inside, forcing you to use hand sanitizer before going in, and drawing lines on the floor to keep distance while queuing 💯

Ok, there was 1 express mission I did yesterday. That was going to the notary to sign my apartment. My first newly bought apartment.
It wasn’t clear at first if we could make it. Would it be forbidden to meet? Would the roads be closed? The government stated that it was still allowed so all involved parties agreed to proceed at the beginning of the week ✅

The signing was quite anti-climactic 👎 It took a little less than two hours of sitting in a chair around a table of 7, mostly waiting. I was wearing my mask and was sweating at the thought we were all breathing the same air and touching the same documents 😰 I was anxious to get my hands under the sanitizer dispenser outside. The old man in charge read some of the conditions, made us sign a piece of paper, I handed over the big fat check, and it was done 🎉

That was about it. They gave me the keys, a couple of handy documents so I could change the name on the water, gas, electric bills… and I left. I had never signed a contract like this before but I imagined the dude would’ve used a stamp or use a wax ring seal as if we were in Game of Thrones. Not such luck, that would’ve been cool 😔

On my way there and back the streets were quite deserted. I walked fast, didn’t want to encounter any police officer who would want explanations from me. I had never seen the streets so empty, pure Resident Evil game mood 🧟‍♂️

Here’s a selfie with the views from the balcony in my new apartment. We need to some renovations, which is probably going to take a few months, specially now with COVID-19. I’m not in a hurry, we’ll do what we can in the meantime 🧘‍♂️