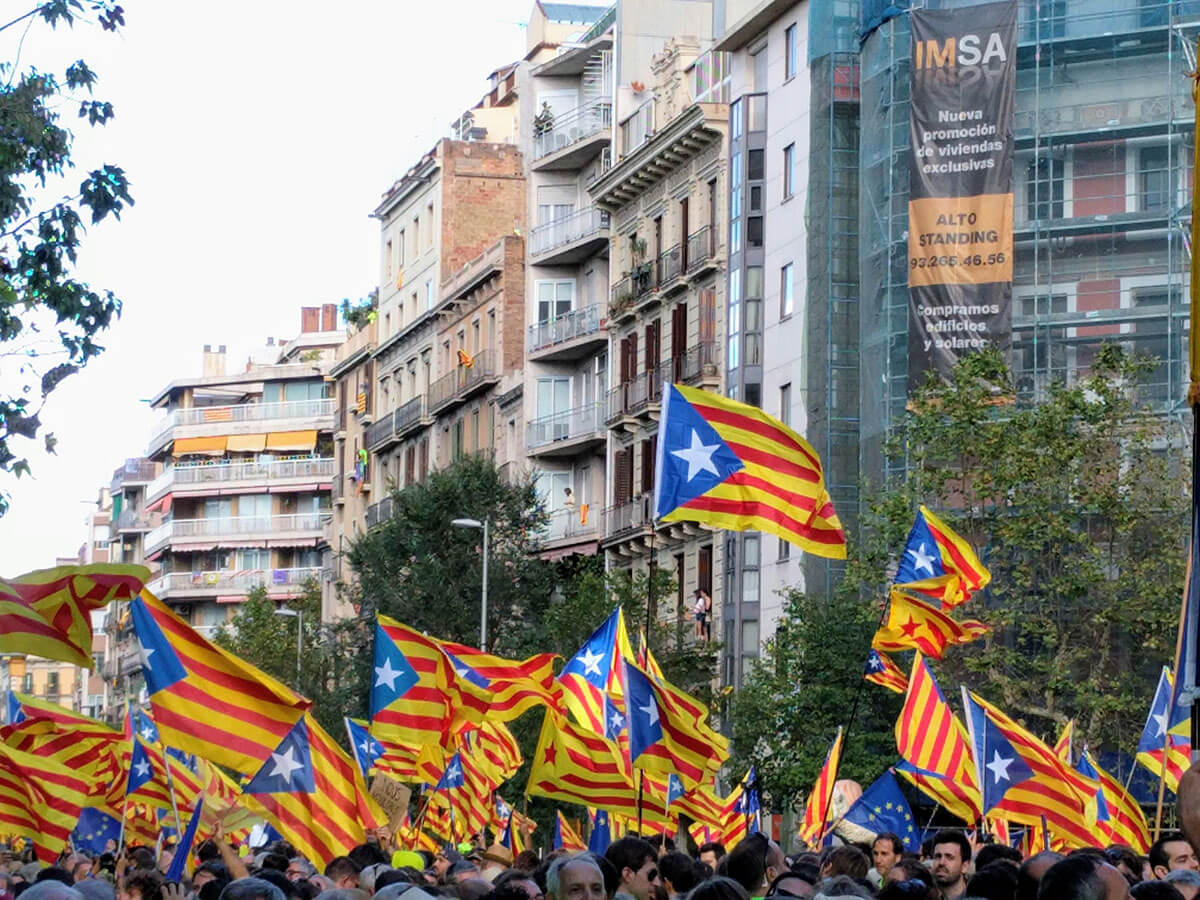 Spreading like wildfire first on Twitter, then on TV stations and immediately from the people on balconies with pots creating the sound of shame. Shame that should be felt right now in Madrid, from Spain’s President Mr. Rajoy and from the king himself.

Shame that they will not feel tonight. They’ll not lose a second of sleep after this astonishing act of oppression and fascism. Members of the royal family went free after proven guilty but two activists (not politicians) have gone to jail today.

We demand Catalonia to be rescued from this oppression, from this constant hatred towards us just because we are who we are and we speak the languages we speak.

I’m equally astonished to see that while Galicia burns from intentional fires we have ships with thousands of national police forces in Barcelona’s port awaiting for orders. It is clearly more important to shut us up and to prevent our voice to be heard than to help out to a community being burned to ground.

Spain it’s about time you let us go.