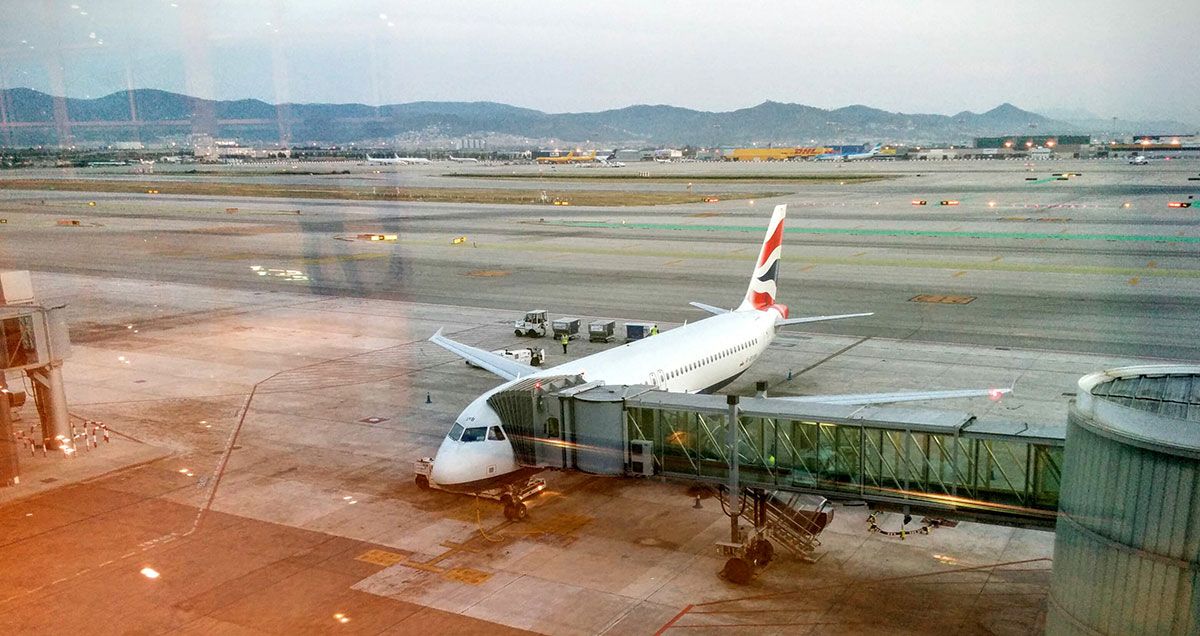 I am a Google fan, I use Google Now a lot (specially when travelling) so there I was checking Google Now on my way to the airport. The first flight to London was on time but a red warning appeared for the connecting flight to Seoul.

Already delayed? How was it possible? We did not even check in our bags and the second flight was already delayed for a couple of minutes. Fine, I thought, I’ll ask at the counter, they might know something

The first thing I do is connect to the free Wifi and check Google Now again.

It doesn’t look good and I no longer believe what the woman at the counter said. I bet Google is right. We walk the long hallways until we reach the flight status screens. Yep, it’s actually delayed.

How could Google know the flight was being delayed but not the woman at the counter in Barcelona?

After that and knowing the strict delay/compensation policies within the EU we got to a British Airways support counter and ask for some kind of compensation. The woman, very friendly, prints two 5 pounds coupons to get something to eat. That’s it.

Yep, we’re still waiting without knowing what’s going on. They have started to get passengers in but suddenly asked them to get out of the plane. They say some mechanical problem is causing the delay, they’re running some tests.

Eventually, after another compensation (this time is 10 pounds) we can get into the plane. I’m unaware if it’s the one they’re fixing or another one. I’m a little bit worried. Will it be ok? Is everything fixed? I can’t do anything about it so I just get in and try to sleep.

Now in South Korea, I get on Twitter and tweet @british_airways about the delay. I tell them I know we are entitled to monetary compensation according to the EU laws and that I want to open a claim.

After a few hours I get a positive response that a claim has been opened regarding this issue. After a while I get an email stating that due the delay on a flight that is over 3500 km we’re entitled to a 600€ compensation.

I’m astonished. Not only their feedback has been really fast, way faster than email but positive. From this experience I now prefer contacting customer service via Twitter before using live chat or phone call (yeah, this one is expensive).

The email asks for my bank details, so I send them right away. A few days later the wire transfer comes in.

Yes, I had to wait about 9 hours in London before flying to South Korea but thanks to that I just payed 180€ for a Barcelona > Seoul flight.

Thank you for stepping up British Airways.