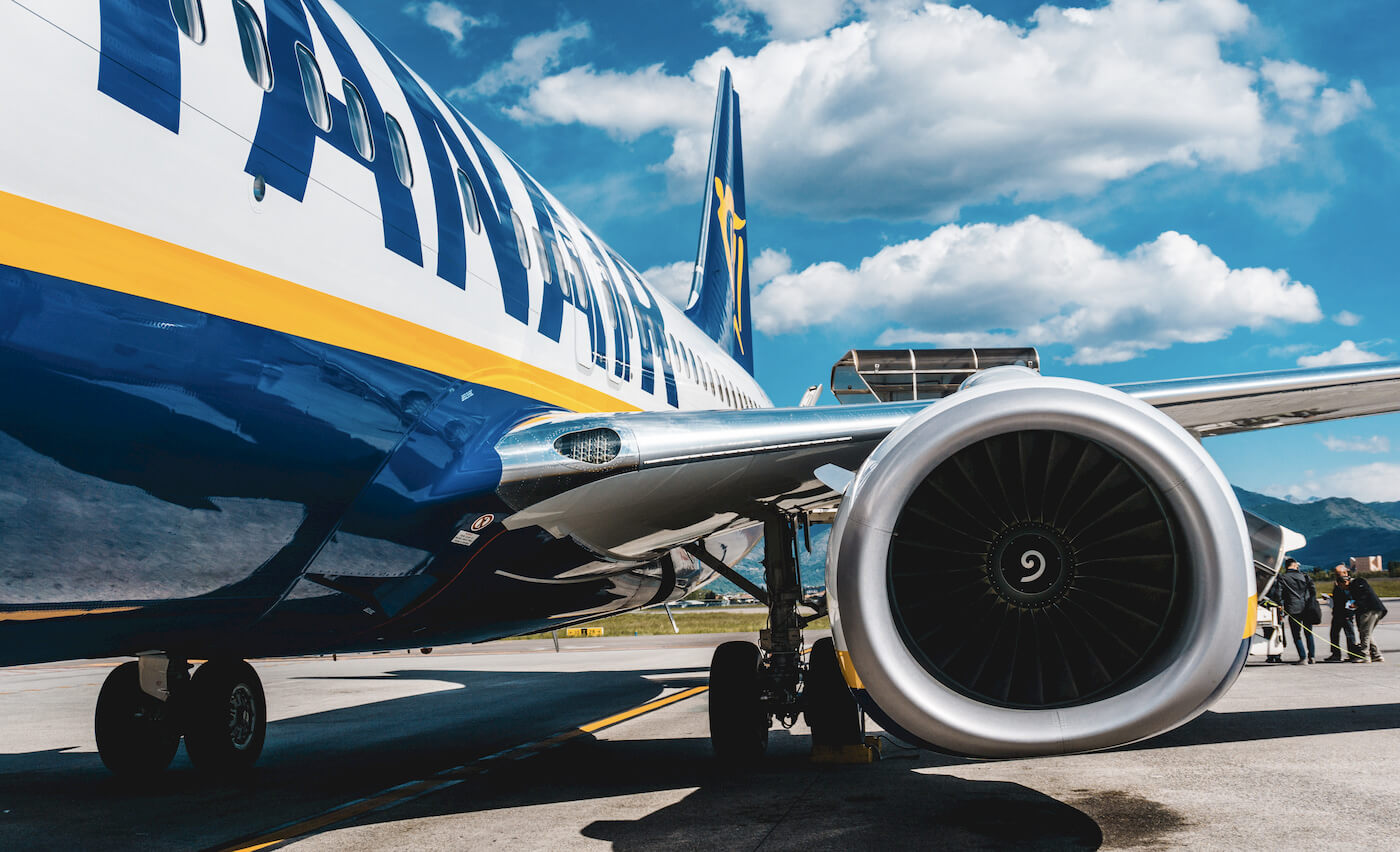 Well, I can’t really with total certainty since I haven’t flown in every single airline. I have, however, flown for quite some years now across Europe and have experienced low-cost airlines.

In our recent trip to the Scottish Highlands, we were “forced” to use Ryanair services. I say forced because there was no other airline offering those dates at a price range around 250€ (from Barcelona).

The experience through the website is truly horrible. The aggressive ads (their own), pop-ups and banners offering you every possible upgrade are very tiring. Other airlines do offer you upgrades but it’s a one time message and they don’t shove it in your face.

It is very desperate to give you always separate seats even when buying multiple tickets to force you to pay the seat selection to upgrade. Well, we didn’t. We had to sit separately for 3 hours, big deal.

In the end, 250€ per ticket does not seem so “low cost” to me. Ryanair at the time of this writing offered a small carry-on bag with the lowest fare. Most of the travelers from Barcelona to Scotland will probably want to carry a cabin suitcase. Fine, you pay extra. Nothing wrong with that. Want more baggage allowance? Pay.
The funny fact is when 80% of the plane has bought the upgrade with entitles them to “priority boarding”. Again using double quotes because if all the plane has priority, no one really has it. This is exactly what happened. The queue for the non-priority was filled by ten people tops.

If you have flown with Ryanair you know about the in-flight service, the service that tries to sell you everything imaginable. Who sells lottery tickets after selling you snacks? Ryanair.

I always try to avoid them, this time wasn’t meant to be.

Have you flown with Ryanair? If so, what did you think?