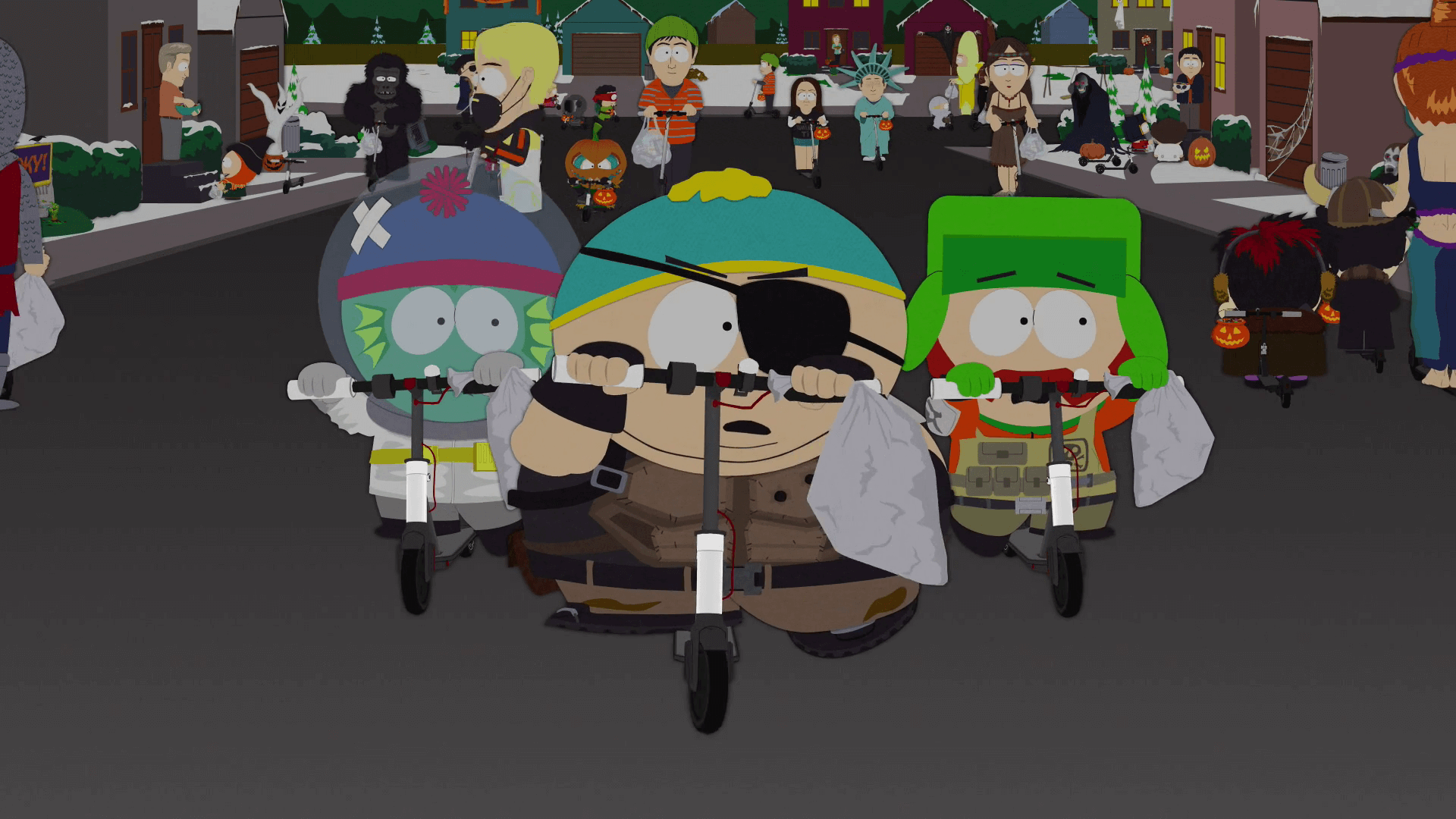 For the past few months Barcelona has been fallen to a new epidemic, the e-scooter.

Also known as pedal flow, these two-wheel contraptions are everywhere. The situation is getting absurd.

They use the bicycle lanes where we pedal at bicycle speed, yet they sometimes go as fast as a car or a bike.

I already felt a sense of danger when another bicycle would pass me in the opposite direction in the narrow lanes, imagine my feeling now.

Maybe they should get a license for driving those, pay taxes even. I don’t own a regular scooter but it would bother me I had to pay taxes and driver license when they don’t. The only difference one uses liquid fuel and the other electricity.

In this week’s episode (S22E05) South Park, as good as ever, has made an episode mocking the e-scooters and how they have taken over the town. How all the kids are going trick or treating on e-scooters. If you haven’t watched it, do it.

I could perhaps understand people doing long journeys or going uphill using this. The shocking thing is knowing people who could walk their commute to work who have bought this instead.

The movie Wall-e comes into mind, the human race has become so lazy that the bodies have adapted to it. Becoming fat and weak.