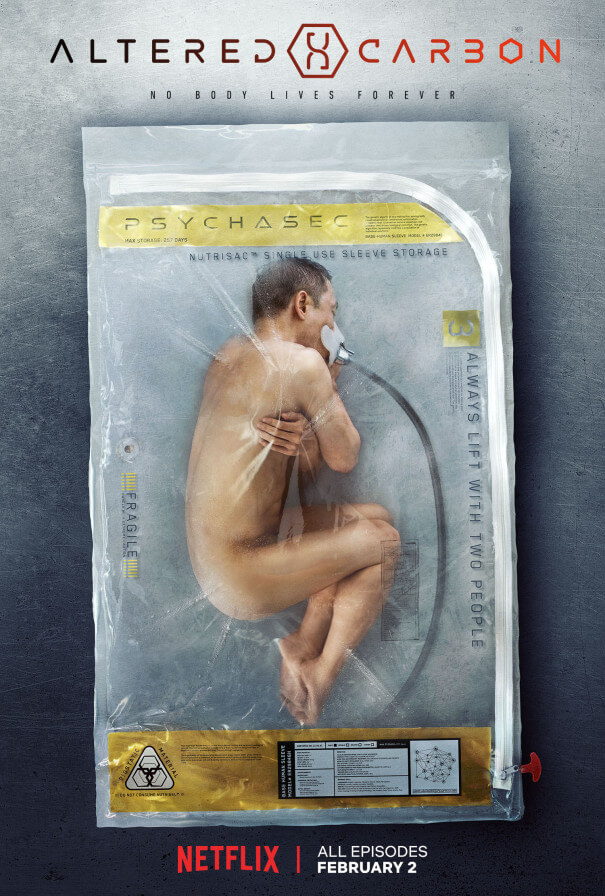 The streaming site is on fire, I’ve heard they prefer releasing new shows rather than investing in the following seasons of the already aired.

The trend seems to be focusing more on original content, but I’m not complaining. The production quality, actors and stories are great 💯

If you’re into sci-fi thrillers Altered Carbon is the one for you. Placed on a distant future where we humans can have our minds transferred to a chip, we’re no longer bound to our birth body. We can jump from body to body by just placing the chip inside it 🤯

The richest are the ones that can actually afford new body clones, so they live forever while the poor have either die or have to be content with what they get. There’s this scene (don’t worry, won’t spoil anything) at the very beginning where this kid gets a body replacement after “dying” in an accident. Problem is, the only free available body is actually from an old woman 👵🏻

It’s a crazy idea but well executed and well sold. The photography is great, the episodes are 1 hour long (they’re like well-produced mini-movies). The acting is good and even though the cover might be creepy I ended up liking the story more and more. Especially near the end where most of the questions start to be answered.

Have you seen it? What did you think?