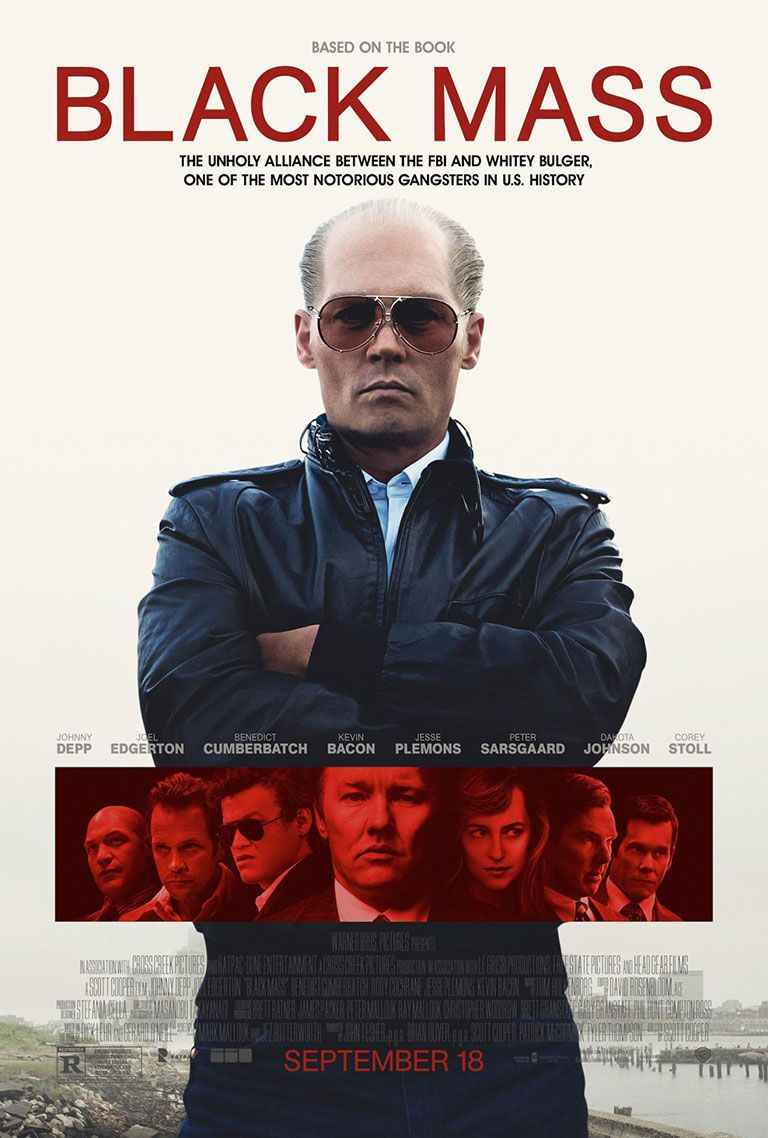 More and more I realize that the less you know about a movie before watching it, the more impact it has on you. Yes, sure, you should at least get one friend review: Go for it or Don’t watch it.

I had the green light from my brother so I went ahead and bought the ticket (6€). The story spins around an Irish-American gangster based in Boston, USA.

The main character is played by Johnny Depp who does a fantastic job. Honestly, I was surprised how good his performance is.

Talking about surprises, it’s based on a true story but I didn’t know that until the very end.

We shall not forget about the directing. The camera play, angles, mood… everything works great with this story. Plus it’s always harder to film something that has supposed to happen in the past. You need old cars, cloths… can’t be easy.

Most of the violence you’ll experience in the movie scenes is not explicit. They might not show you the action but instead focus on something else while that is happening. That will make your imagination fly, far more powerful that actually showing you the character choking a woman.

I’m surprised to discover Scott Cooper, the director, whom I had never heard before. I haven’t seen any of his previous films either.

A movie worth watching. If you have the few extra bucks to spend on going to the cinema instead of renting at home, go for it. It’s always better with a big screen.

However, if you don’t like the gangster/criminal films, this is not for you.