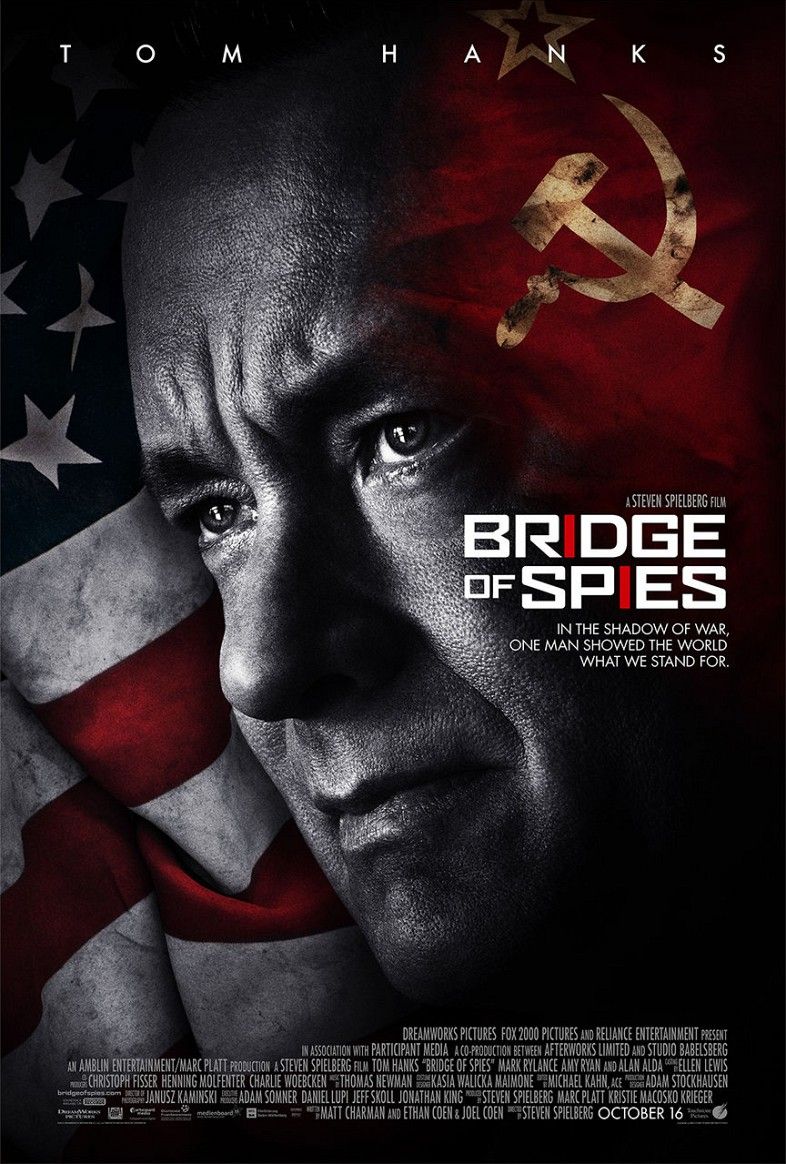 You don’t have to love the USA to see this movie. Even though you can feel the patriotism all the way through I liked it for other reasons.

Two lines in case you haven’t seen it yet:

During the Cold War, an American lawyer is recruited to defend an arrested Soviet spy in court, and then help the CIA facilitate an exchange of the spy for the Soviet captured American U2 spy plane pilot, Francis Gary Powers.

You can imagine the position this layer (Tom Hanks) will be put in to defend an spy in american soil. People will hate him for it, him and his family of course.

What I think this movie is really about

The main character shows an admirable level of integrity. He will do what’s right, even if that means putting himself (and his beloved family) in danger. When everybody just wants this alleged spy dead, he’ll fight so his client gets a fair trial.

Is this plot, the uncertainty of the outcome for him and his client that hooked me in this movie.

So this movie is set back in the Berlin wall era, just when it was built. You can imagine how hard must be to create the scenes with old cars, costumes, buildings and the general mood of gray soviet cold war.

Considering the amount of movie garbage there is nowadays I think this is one is worth watching. If you like the genre, give it a try.

Have you seen it?