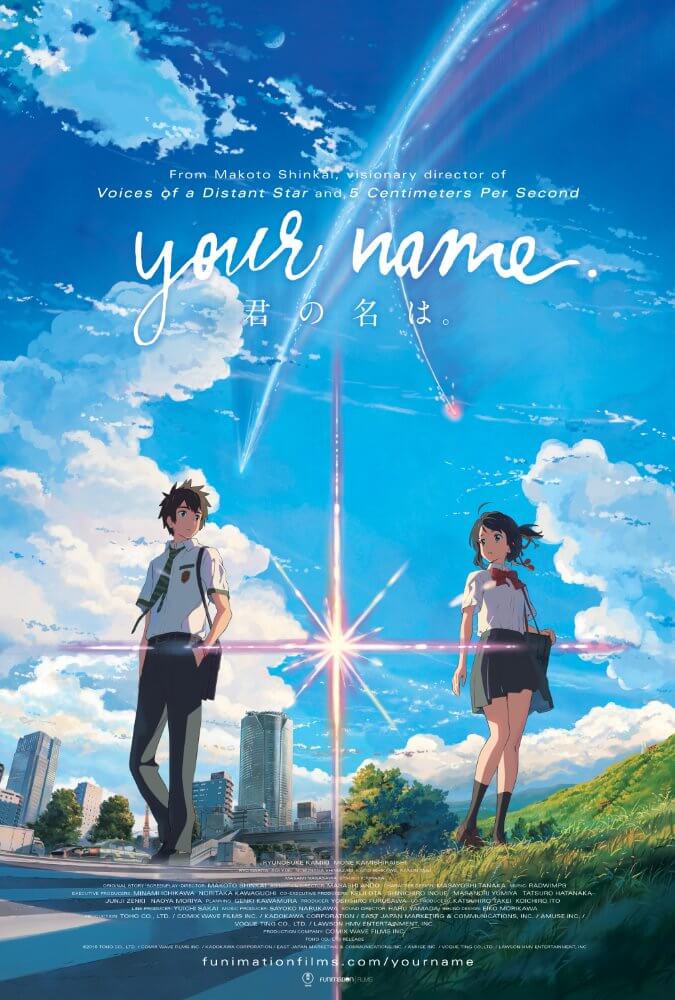 That’s the official title translation for Kimi no Na wa, a Japanese animation movie that is taking over the world.

Released in 2016 it is now, April 2017 being showed in local theaters in Barcelona, Spain. I had watched the trailer and I was very curious. Why was it so good, according to reviews? According to Wikipedia:

fourth highest-grossing film of all time in Japan

The first thing you notice is the art, it’s in a word: beautiful. They have spent a lot of effort to make it look like this. The animation in general is also really good. I am used to more season-length anime shows where the quality of backgrounds and details can not match a two hour long movie. Is is even more impressive to see on the big screen.

The story is very emotional but for me it was more than a fictional story. I have travelled to Japan in 2 occasions and I could recognize a lot of elements in the movie. Places even, since some of the action takes place in Tokyo. It was somewhat nostalgic to see those bits and think: Hey, I’ve been there or a place that looks very much like it. It made everything more realistic.

The movie made me want to travel to Japan once again, and hopefully I’ll do that in the future. It’s a fascinating country you should experience if you like to travel.

The movie itself is complicated, there are a lot of questions raised in the beginning, as a viewer you need answers but those will not come until farther along. It’s great when you finally start connecting the dots and your brain sees the whole picture.

If we talk about the music, the soundtrack fits perfectly. The movie even has an opening-like part, as those seen in TV series.

See it. You don’t need to like Japanese anime, the story is beautiful. Siting next to me I had 2 old gray haired men, this story has no age. I left the cinema with a smile on my face and maybe you will too.

Have you seen it?