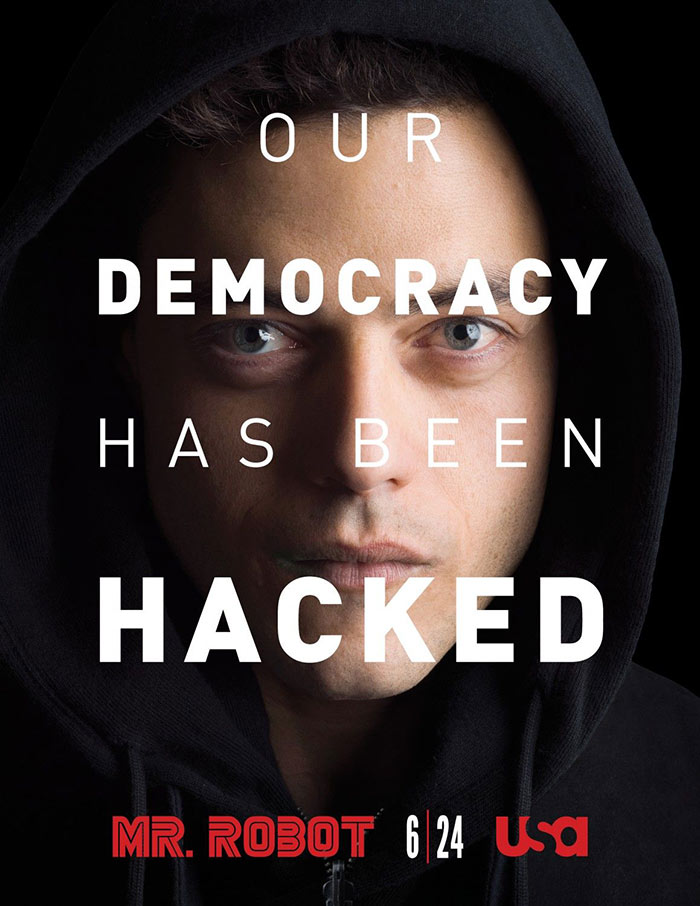 So, Mr. Robot pilot was seen for less than 3 million people and then it got renewed. Like that. Yes, the first episode is that good.

The show spins around a hacker, a young man whose social skills are non-existent and does drugs. Basically an antisocial and somewhat paranoid dude.

He hacks every person he meets, getting into their online lives and identities to get to know them. In his more public life he works at a cybersecurity company.

New approach: talking to the audience

It’s very interesting how the director chose to let the character talk to the audience. He communicates with you, you are in his head. It’s a great way of giving you extra information and peek into his mind.

The actor does a fantastic job

I first saw Rami Malek in the show called: The Pacific

After finishing it I remember talking with my brother about how interesting his character was. On an interview in the Jimmy Kimmel Live Rami explains how he was contacted due his appearance in The Pacific.

Low in the middle, great at the end

In my opinion, the show declines a little bit by mid season. It starts so strong that then it inevitably goes downhill. It took me weeks to watch the latest episodes, I just wasn’t in the mood. It wasn’t interesting enough. However, after making the effort I was very impressed. Highly recommended.

Second Season looks promising but they have to give us some fresh air here. It can’t be the same but it can’t be very different either. Hopefully they’ll find the balance to keep us hooked.

Maybe I liked it more because I’m a web developer myself and even though I don’t do what the character does (servers, security…), some of the terms used are familiar to me. I find cybersecurity and encryption rather fascinating, in the big brother world we live in is specially important. I can not even imagine the headache it would be if my email got hacked, that would be a big pain in the butt.

Did you like it? Are you looking forward Season 2?