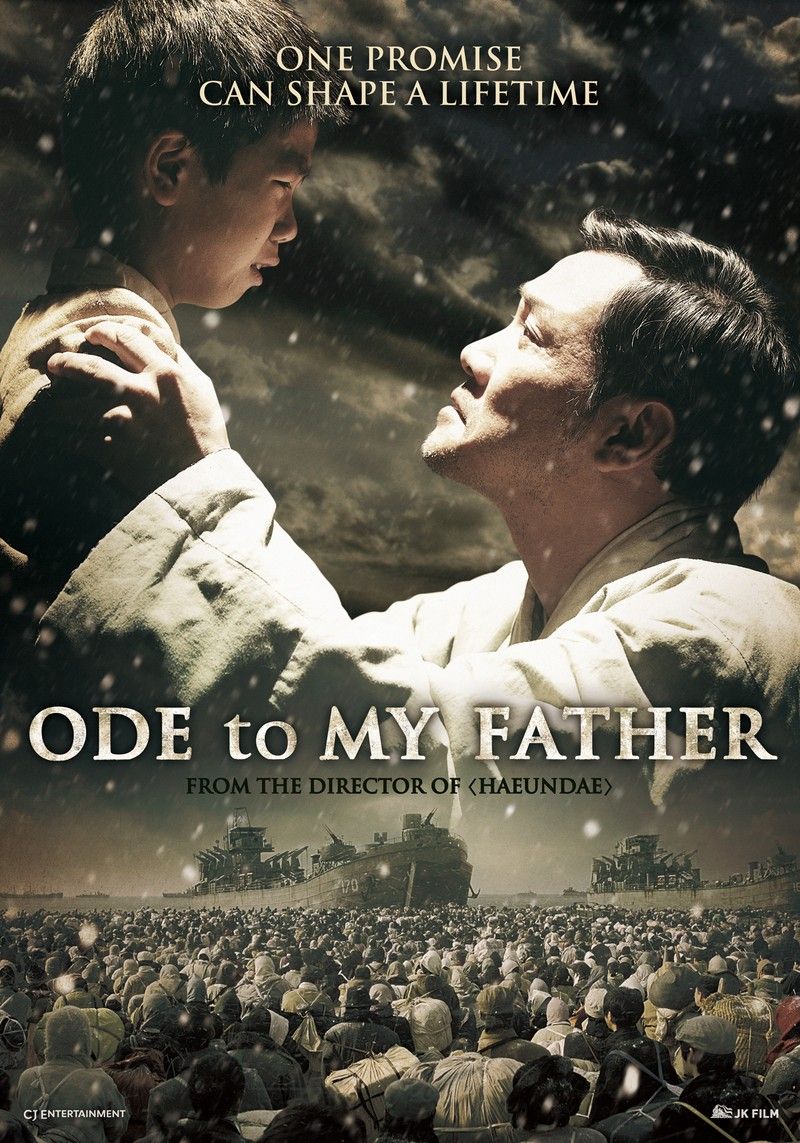 It’s been a very long time since I last saw a movie that was worth paying for. Yesterday, after being recommended by my Korean teacher, I went to the cinema to watch Ode to My Father. Let me tell you, I wasn’t prepared to what I was about to watch.

Since I know a little Korean I decided to go for the original version with Spanish subtitles. Funny enough some of the subtitles were wrong, I think they translated from English and not from Korean.

I knew nothing about this movie and the title wasn’t really appealing and the poster didn’t say much to me. Being the discount day (Wednesday) I payed 6,5€ for it.

It is currently the second highest-grossing film in the history of Korean cinema, with 14.2 million tickets sold.

So this movie sets during the Korean War, the main character will have to assume the father role in his family. He’ll take care of them to keep a promise, a promise to is lost father. The movie will span for 60 years and I can assure you, it’s moving.

It has very emotional scenes, looking around at the cinema no one could hide their tears. The movie shows the suffering that he has to endure to survive, to send money to his family. I was painful and stressful just think about it, to imagine if I could be able to do that.

From moving across the world to be a miner or to be thrown in the Vietnam war. All for money. All for his family. For love.

It’s very impressive how they can recreate old markets, towns and landscapes from that time. The director shifts between current date scenes and flashbacks using remarkable transitions. As well as camera angles and camera work in general.

These kind of stories can’t be easy to play. They need to be very emotional in order to look real, and boy it looks real. You get attached to the characters, you can relate to their suffering and wish for a good outcome.

Watch it in Korean for the full experience

I can’t emphasize this enough. Dubbed films do not create the same impact. Actors, with their own voices, are the true magicians who make you believe what they’re saying. Even though I could just pick up a few words in Korean I don’t imagine myself watching a dubbing actor trying to do all the crying and emotion sounds they do.

Have you seen it? Give it a try and have a pack of kleenex by your side.