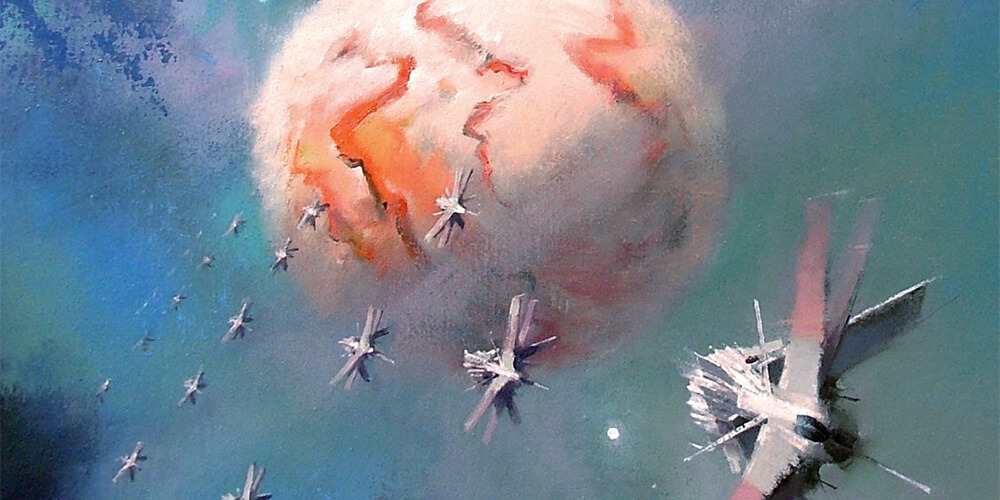 John Perry did two things on his 75th birthday. First he visited his wife’s grave. Then he joined the army.

The good news is that humanity finally made it into interstellar space. The bad news is that planets fit to live on are scarce– and alien races willing to fight us for them are common. So: we fight. To defend Earth, and to stake our own claim to planetary real estate. Far from Earth, the war has been going on for decades: brutal, bloody, unyielding.

If you’ve been following me you know I’m a huge fan of Audiobooks 💯 However, something happened. I got the recommendation for this “space opera” 🚀 I had no idea what it meant. Here’s what the Wikipedia has to say:

So I followed the recommendation and wow 🤯 I have never read a book this fast. I am not a fast reader. I don’t even consider myself a reader 🤓

I went to Amazon to see if the Kindle version was available only to find out the price difference between the digital book and the paperback was less then 2€ (at the time of the writing). So, obviously, I went for the paperback 🤷🏻‍♂️ Why constrain you with a digital format you might lose and you can’t share once finished? Shame on you Amazon 🔔

I had never expected this book to have me so hooked 🤩 I spent my metro rides reading it, I even read at bed before going to sleep. Something I haven’t done in a long time since I can’t keep my eyes open. I’m weak when reading while lying down 😴

The book is fantastic but you gotta like the genre. It’s easy to read and it keeps you wanting more. The author, Mr. John Scalzi, does an excellent job right at the end of the book introducing the sequel. It leaves you wanting more, so I already purchased the next book 😅 Finished this one yesterday and today Amazon is delivering the next “The Ghost Brigades” (which interestingly has also a two euro difference between the Kindle version and paperback)

If like space operas 👽 get the Old Man’s War