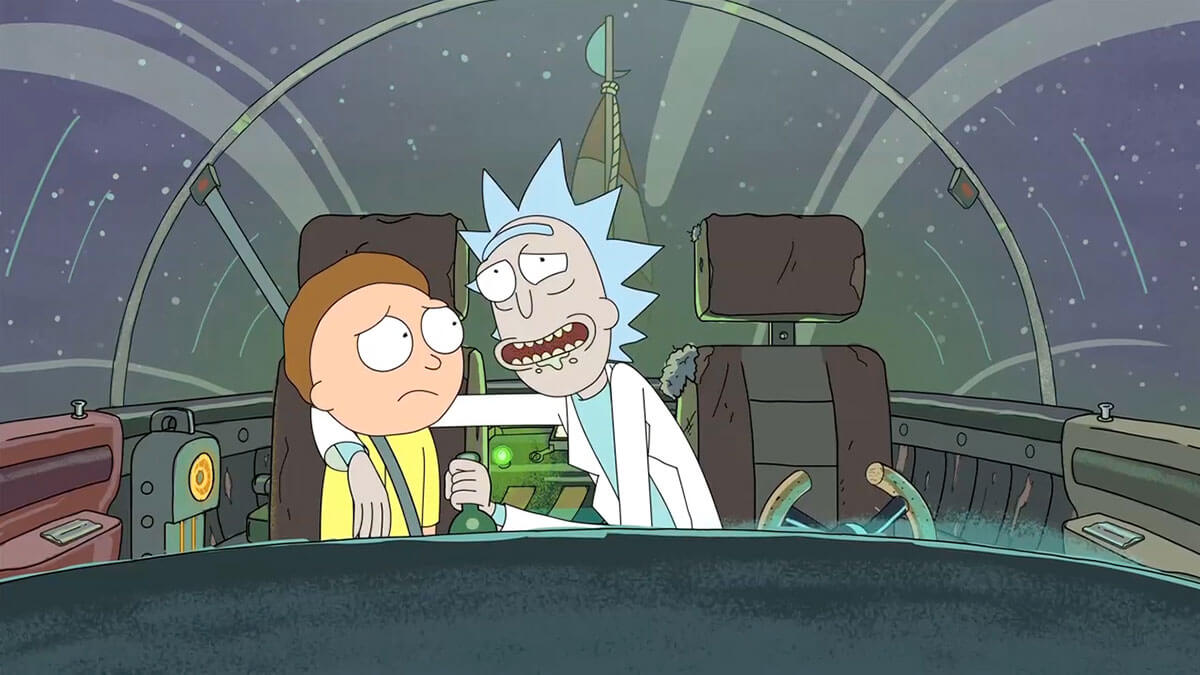 This seems to be the correct terms to categorize Rick and Morty.

I saw the first episode and I was hooked. If you liked Futurama or South Park, you will love Rick and Morty.

This duo, very inspired by Back to the Future (Doc and Marty), will experience insane adventures around the galaxy.

One of the main characters, Rick, is a unique genius who only thinks about himself but at the same time needs his adventure pal Morty to keep things going.

Sometimes Rick will just bring Morty along merely as a cloaking device to save his own butt, although I think Rick feels alone with out him.

Morty is Rick’s grandson, a soon to be teenager who lives a double life. Shifting between home with a crazy family, school and intergalactic trips with his grandfather Rick.

Things get crazy with this two

The language and general craziness of the episodes makes them hilarious. After two complete seasons (of 10 episodes each) I just disliked one episode.

You can not imagine what’s going to happen, it’s not predictable. Since they can travel through space and even between universes, the plot can be about just anything. They have the freedom of writing out of this world scenarios.

The voice for Rick and Morty

It has to be mentioned, Justin Roiland is the God behind these two character voices, he does a fantastic job, the show would not be the same without his talent.

Have you seen Rick and Morty?