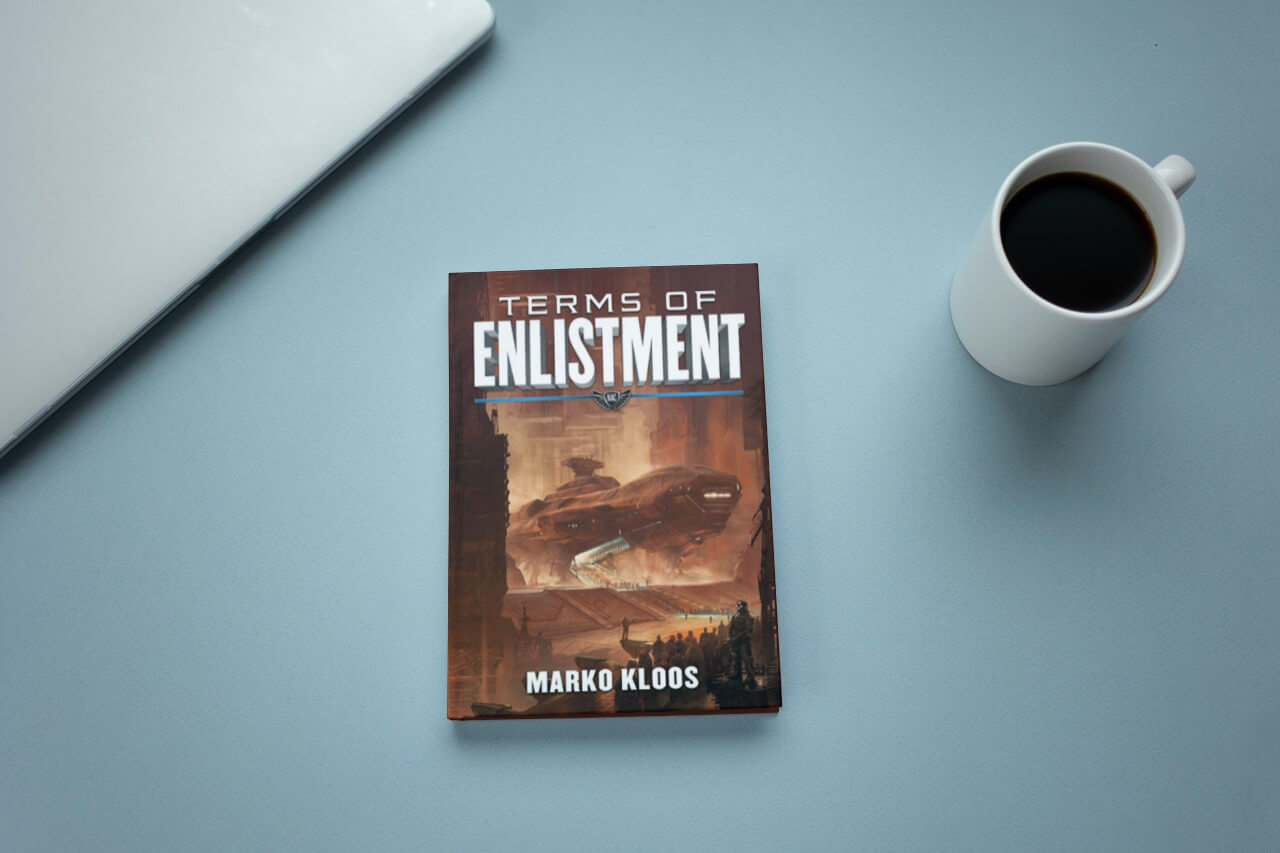 This is a spoiler-free review

I don’t think I have ever read a book this fast. Not like it was thin, 347 is decent for a casual reader like me. My thoughts after the book’s summary 👇

The year is 2108, and the North American Commonwealth is bursting at the seams. For welfare rats like Andrew Grayson, there are only two ways out of the crime-ridden and filthy welfare tenements, where you’re restricted to two thousand calories of badly flavored soy every day:

You can hope to win the lottery and draw a ticket on a colony ship settling off-world, or you can join the service.

With the colony lottery a pipe dream, Andrew chooses to enlist in the armed forces for a shot at real food, a retirement bonus, and maybe a ticket off Earth. But as he starts a career of supposed privilege, he soon learns that the good food and decent health care come at a steep price…and that the settled galaxy holds far greater dangers than military bureaucrats or the gangs that rule the slums.

This book has everything. The relatable main character fighting to make ends meet, the little sci-fi, and the whole military boot camp shenanigans (while keeping the sci-fi stuff).

Nothing too crazy though, which I liked very much. Very down-to-Earth, pun intended, plausible future. I have not served in any military branch so I approach this with no knowledge, I can’t tell if this might be accurate or offend someone (navy, marines, etc).

I loved the high pace of the book, easy to read, with no complicated vocabulary for a non-native like me, and the bits of humor here and there.

Granted, I was on vacation when I started this book but it has been a very long time since I was this hooked. It lasted me 6 days!

Long story short. If you like sci-fi involving the military, you know shooting stuff, aircraft, and a little bit of jargon. Go for it.