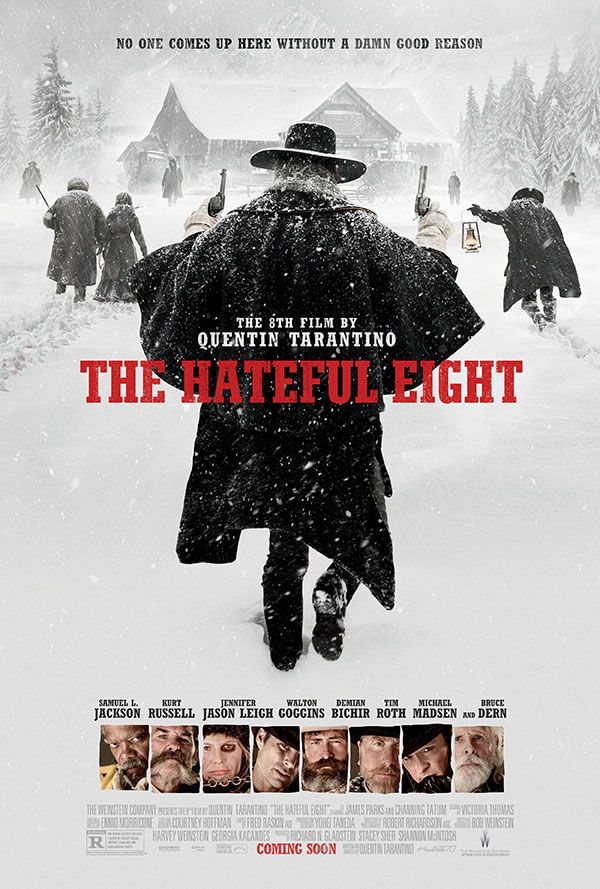 Featuring the traditional suspects from Mr. Tarantino movies like Samuel L. Jackson, Tim Roth or Michael Madsen this western is 3 hours 7 minutes long. Not only that but on the theater I saw it the intermission lasted for 30 minutes.

Personally it was just too damn long. The movie could’ve started after the intermission and I would’ve liked it anyway. Not going to spoil you but the movie builds up to an explosive ending. Something you might see coming as you advance but nonetheless will take you by surprise.

I’d say it’s what make the scenes so brutal. The landscapes with high volume soundtrack that not only will leave you deaf but will set the mood for the story.

Also the gunshots, the raw and hard sound of pistols going off without warning. I’m amazed that not so many movies use this trick with the audience, I find it very effective to emphasize that someone is getting killed.

I spent 12€ to watch it in 70mm, in one of the few theaters that still have the technology here in Barcelona. I haven’t seen the digital version but for starters I appreciate the bigger, wider screen.
Not sure if it’s because of the analog but the scenes felt very real, the characters getting hit by a blizzard, the sound… it almost felt like I was there.

The sad thing about this was that the cinema was packed, it felt like they almost overbooked the tickets. All, absolutely all seats were taken. Even those first rows or side first rows where you actually won’t see a damn thing without breaking your neck.
If I had to pay 12€ and see it like that I’d be pissed. Luckily we could sit pretty high but in a corner.

You gotta see it, if you like this director and the genre. The acting is great, as usual with this high class cast. Just be warned about the duration, we arrived at 20:00 and got out after midnight.