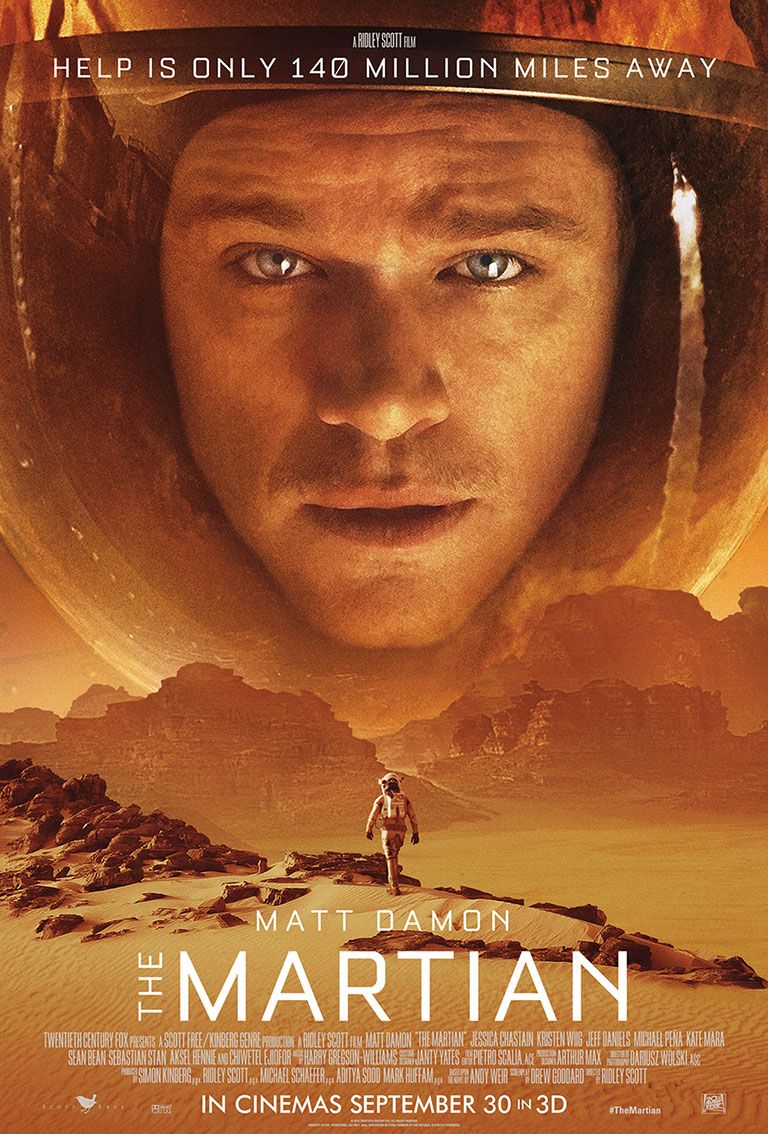 One of the top movies of the year in terms of visual effects, photography and overall production. It’s Hollywood at it’s best folks.

The book poisoned me

I had listened to the audiobook a couple of months back and it was amazing. Actually, I already wrote about it here. No point on telling you again how great the book is, go read my review.

So the problem is that I already knew a lot about the movie, I knew about the character struggle for survival and his adventures. In the movie, as you would expect, they can not fit everything in. It’s a two and a half hour movie that would be at least 4 hours if they tried to put all the text in.

In some scenes it feels like Mark Watney isn’t having as a hard time as in the book. The experiences he has, the psychology challenges he has to endure are not very emphasized.

At a certain point the movie throws at you a “7 months later” title. Wait, what? I don’t recall having that fast forward in the book.

As you approach the end, you might feel that the movie is somewhat slow, a feeling I did not have with the book. I guess due the content skipping. Then when approaching the final outcome it may go too fast. Lots of action in the end. If I could make a tiny suggestion: less dialaog-free landscapes scenes and more talking could’ve made it even better.

For a long time I had friends tell me: this movie is nothing compared to the book… and I usually replied the same thing: I found the movie quite interesting. I’m not a book fan so most of the time the movie was my first contact with the story.

What a fool I was, once you actually discover the book before the movie, the movie won’t have the same impact on you. Something as simple as knowing the outcome makes it way less interesting (at least for me). Yeah, ok, the point is seeing how they adapt the book to the big screen, the action scenes, etc. Nonetheless, I would rather have the plot thrill and then read the details in the book. Plus, no movie can beat your imagination.

It’s good, entertaining and worth spending your money in going to the cinema (big screen required!). I watched in its original version for 4,5€, great price no doubt.

So, if you haven’t seen it watch the movie first and then read the book, not the other way around.

Have you seen it? Your thoughts?