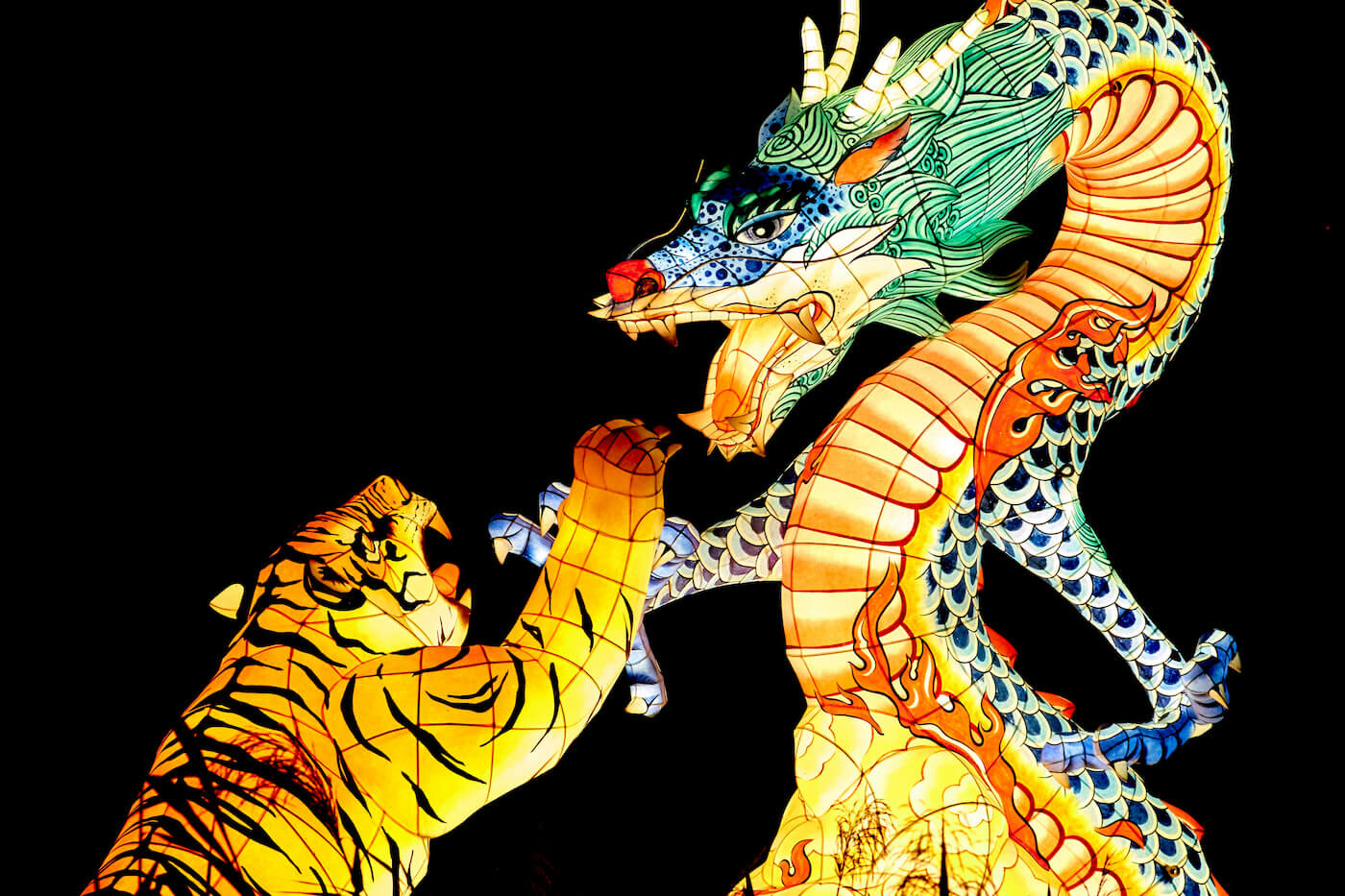 When you think of a dragon what is the first image that comes to your mind?

🐉 Now that you see it, what does a dragon mean to you?

Sure, you’ve seen movies or read books with dragons in them. If I start to think about it more calmly lots of images pop up 🐲

As I’m writing this, the first image that came to me is the dragon you can find embroidered in a Haidong Grand Gumdo Master’s uniform. It symbolizes a higher position and higher responsibilities within this martial art.

The dragon to me is the mightiest of all animals. The strongest opponent. Did they ever exist? I sure believe in dinosaurs and those are pretty close. Now, a fire-spitting dragon? I want to believe.

I imagine myself in ancient times. A swordsman who has been trained not only in the way of the sword but also with bow and arrow. I would be a tiger. Brave, smart and deadly 🐯 I would try to challenge the dragon in front of me. Even without knowing if I would succeed, it wouldn’t matter. That alone would impress the dragon so much we would not attack out of respect for the fearless tiger.
I imagine the dragon giving me something. A secret hidden technique, a special power or a mystic sword.
The young tiger would then, with time, evolve to become himself a dragon.

At the time of the writing my Haidong Gumdo uniform, the one I use to teach my classes and train, has a tiger embroidered.

Have I become the brave tiger?