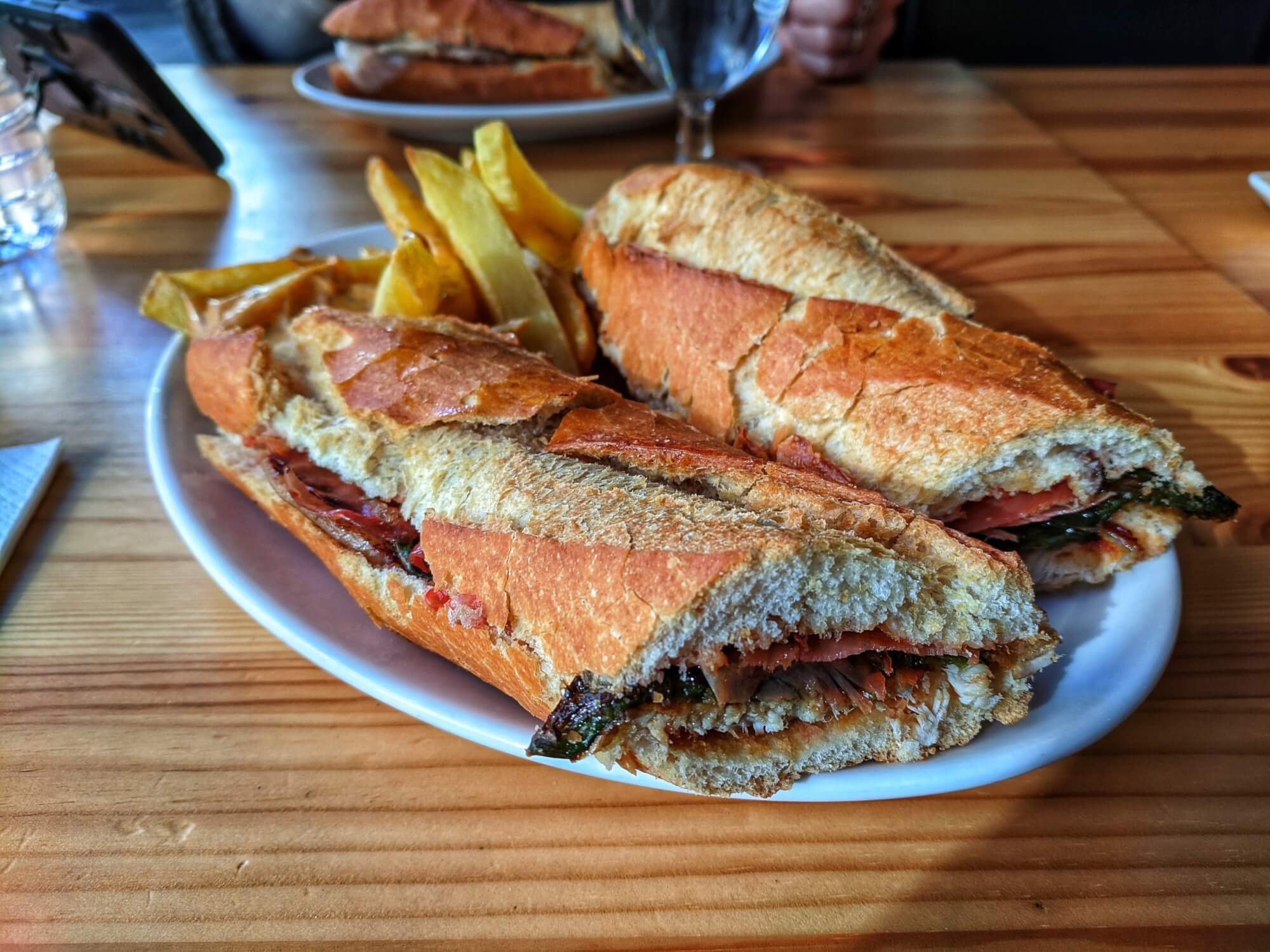 The week started with an awesome sandwich. A little expensive (9,2€) but on its defense, I’ll say it was big with layers of pork, pepper and ham, with a side of fries (including an out of this world brava sauce) and sparkling water.

We were hit with a terrible storm at the beginning of the week. Crazy winds and rain ☔️ The coast beaches were hit hard, schools closed… Insurance companies are going to have a hard time in the upcoming weeks paying for the destruction 💸
Still, it did not stop me from going to work (I had my laptop there, not that I could stay at home). Most of the team stayed at home, which created a quiet and super enjoyable office mood 🧘‍♂️

Work itself was calm until mid-week when it became a shitstorm but luckily the team was able to pull through. Welcoming the weekend without worrying about it 😌 Onto next week’s challenge 💪

My mum had her birthday 🎁 and we enjoyed one of the best cheesecakes I’ve ever hard 😍 We already had it for my birthday last year. It’s hard to describe in words but it was smooth, great flavor, the crust was great and the jam was sweet. Truly handmade and delicious.

I also enjoyed some Korean 🇰🇷 food which was awesome as usual. I can’t wait to be in South Korea again, so I can have that and more for a third of the price. Two more months go, can’t wait 🤤

Forgot to mention I am going to audition to join a band. My old friend has invited me to try out and that’s what I’m getting ready for. Learning some of their songs before meeting with the band in the following weeks. It has been quite some years since I last played in a band (not that I stopped playing) but my fingers need time to re-adjust to the guitar. Rock on.

Have a kick-ass weekend!