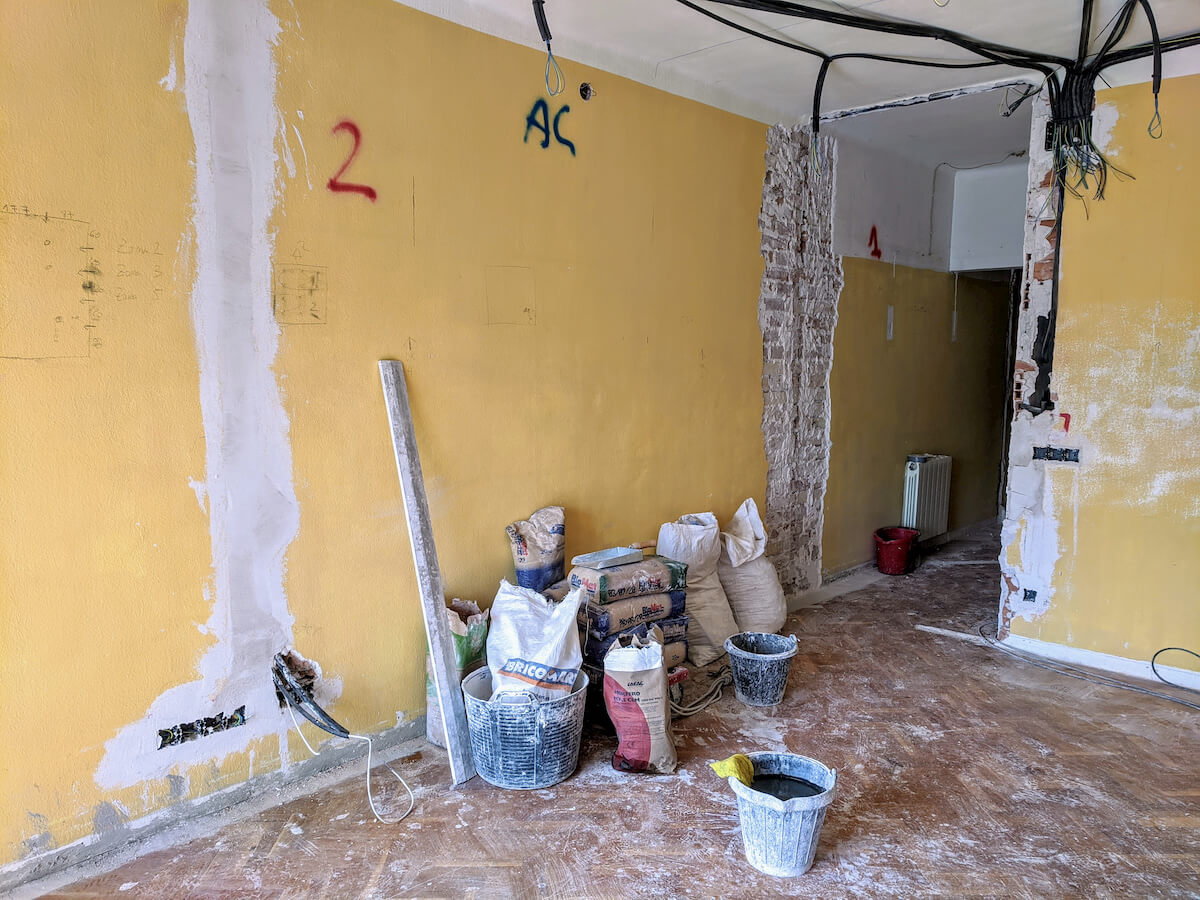 It has been nine weeks since the last update. So much for “weeknotes”, right? I haven’t been blogging much, not here nor in my travel blog, so here are some updates.

It has been a full month since the renovations of my new apartment started. It’s funny now destroying stuff is easy (bathroom, walls, floors…) but the building phase takes twice as much.
The first weeks it was super fast, now it has slowed considerably. I’m being told we’re right on schedule with two more months to go.

I can’t even imagine how hellish would it be to live inside the apartment while they renovate it. Luckily I’m not in a hurry and it’s not like it’ll cost me more if they spend more time. They’ll simply make less money on their side.

Since most of the big decisions have already been made I’m starting to look at furniture. I know it’s early but there’s nothing else to do, otherwise.

Quick update on how Barcelona is doing. Not great. I’ve spoken with friends and some of us share the feeling that all the hard work we put during the lockdown, all that was lost (economy-wise) is losing its importance since the cases are rising again. People are not following guidelines, everybody is relaxing even if the numbers aren’t declining as they should.

I have the impression that those who break the rules don’t realize the immense effect it will have on themselves, on all of us. Starting at the city and expanding up to the country, Europe, and effectively the world.
As I see it people relax because their actions do not have immediate consequences, it’s not like: “If I don’t wear a mask for 1 hour I’ll get sick”. They don’t foresee that a rising number of cases will trigger more restrictions which will destroy the economy even more. Businesses will close, jobs will be lost, poverty will arise…

The band is back to rehearsals, wearing masks of course. The plan is to record some of the old songs (from before I joined) rather soon and then focus on new and fresh material. I’ve already been trying to compose some guitar riffs. It has been a while since I did this. Feels good.

How about swords? Luckily I’m still able to teach Haidong Gumdo to my students. Following the safety measures of course. So far the government hasn’t banned martial art schools and we can continue to do what we do. I’m grateful for that.

That’s all for today, I hope you enjoy the weekend. Relax or go crazy, whatever you do stay safe and wear a mask.

P.S. here are two exquisite foods I ate recently. An amazing ramen (it had been so long!) and some of the best croquetas I’ve ever had: