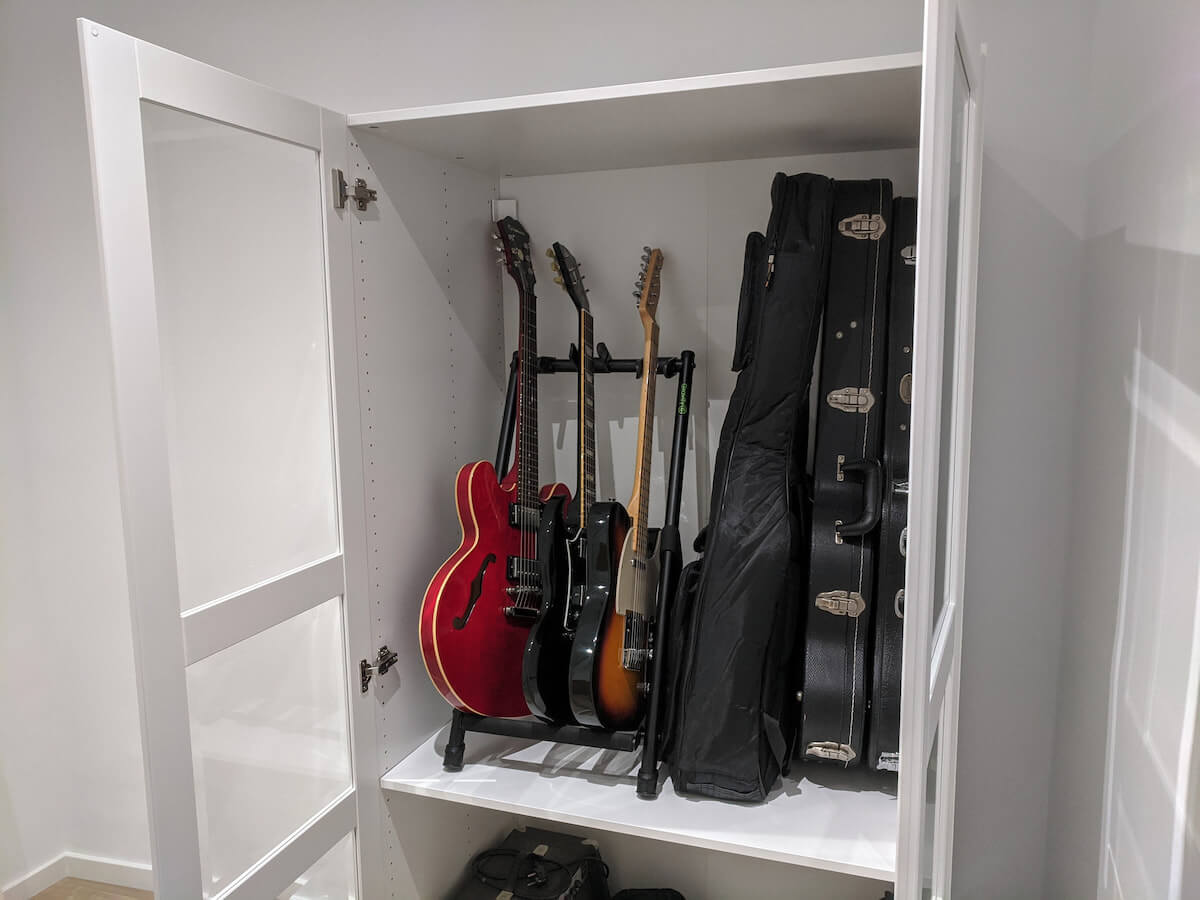 The week started great, I bought a Raspberry Pi (4 model B). It’s a small computer at a crazy low price that allows you to do anything you’d want from a computer. I felt like a hacker and still do trying things on it. It’s super small and it’s now powering a network-wide ad blocker in my home. It’s hard to fathom how cool is this without being into tech, but trust me, it’s super cool.

I bought a closet to store my guitars (yes I have more than 1), cables, cases, and other stuff. You know how things are in IKEA, super cheap, do it yourself, build it, and don’t ever touch it.

I think it’s my 4th big item I have to build from IKEA but it’s the first one that requires 50 nails. All others had screws and contraptions that could be joined by hand, without requiring a hammer. I wanted to build this during the weekend but the 50 nails took me aback. In the end, I did not want the neighbors calling the police on me, again.

Have you had to build furniture from IKEA?

For my bedroom, I wanted a custom-made closet. Sure, I could’ve picked something from IKEA but I wanted to make use of all the available space. Well, it took them more than 3 months to get it ready. Their excuse? COVID and Christmas. A bunch of BS that doesn’t really fly after all this time. I wasn’t in a rush, there are still things to be done in the apartment so I didn’t look for another provider and stuck with them.

Was it a wise decision to spend the extra cash in something more sturdy and better-made than IKEA?

Going to the dentist a year after COVID changed our lives is still quite the experience. This time, after the usual hand sanitization I was provided with a white hospital-like hair net 💁‍♂️ First time I’m seeing this as a preemptive measure.

To have a look inside your mouth they obviously ask you to take off your mask and as you do that they make you swirl disinfectant inside your pipe hole. Just for about 30 seconds, then you spit it out.

I felt dirty and unclean after the whole thing. Threw my clothes into the washing machine as I got home. In retrospect, the clinic might’ve been cleaner than the subway, which I used to get there (I walked the way back home which helped me get to 7,800 steps that day. How many steps do you usually take?).

💬 How was your week?